A Man is Holding People Hostage at a Martin Place Cafe

A Man is Holding People Hostage at a Martin Place Cafe

An armed man is holding people hostage at a cafe in Martin Place in Sydney.

There are reports that the gunman has taken hostages, some of which are standing with their hands up at the windows in the popular Lindt chocolate shop, which has two or three entrances. There is also a black and white flag being held up in a window. It is believed to be the Black Standard, a Jihadist flag.

Lindt Australia CEO Steve Loane told news.com.au he believes there are 40 to 50 people inside the cafe, including customers and staff.

A 2GB spokesman confirmed to news.com.au that sources had informed them that the gunman claimed there are devices all over the city and they wanted to speak to the Prime Minister live on radio.

However, 2GB radio host Ray Hadley said on air that the gunman had made no demands, but told police he had complete control over the city.

Staff in shop aprons can be seen with their hands on the windows. There are also reports that there is more than one gunman.

Police officers have guns drawn outside the cafe.

The chocolate shop is 30 or 40 metres from the Channel 7 offices so they have cameras trained on the building. Channel 7 has been evacuated. There are also reports that nearby Sydney landmarks including the Opera House and Art Gallery NSW have been evacuated.

There are State Government agencies in the same building and police have shut down traffic in a wide perimeter surrounding the incident.

There is no confirmation yet whether this is a terrorist attack.

Trains and buses around the area have reportedly been stopped, including trains between Bondi Junction and Central. Roads are blocked.

A Transport for Sydney spokeswoman told news.com.au that conditions are still changing and they will follow directions from police.

“This is chilling,” said The Morning Show host Kylie Gillies of the scene as she watched on with host Larry Emdur from the Channel 7 news studios. The duo are now off air.

Martin Place has been completely shut down during what is a busy time for Christmas shoppers and kids on school holidays.

“The police operation is under way, we’re urging people to avoid the area while it’s under way,” a police spokesman told news.com.au

This morning a Sydney man was taken into custody on suspicion of terrorism related offences after a morning raid from counter terrorism units of the Australian Federal Police and NSW Police.

AFP confirmed a 25-year-old Beecroft man was arrested by NSW Joint Counter Terrorism Team (JCTT) as part of continuing investigations into the planning of a terrorist attack on Australian soil and the facilitation of travel of Australian citizens to Syria to engage in armed combat. 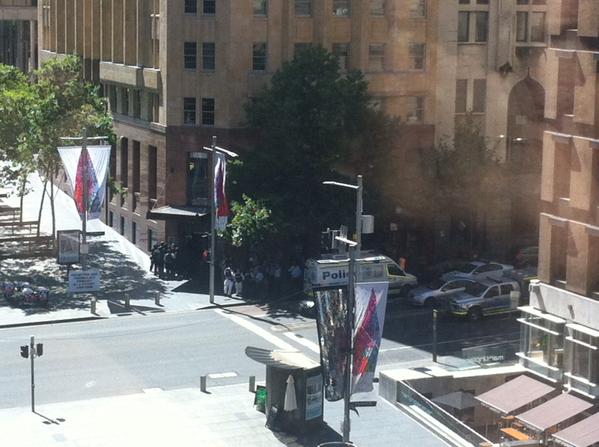 The Black Standard is a jihadist flag also known as the standard of Mohammed. It carries the symbol of the eagle and was one of the flags flown by the prophet Mohammed. It is used by jihadists and Islamists.

In August 2014, British Prime Minister David Cameron declared anyone carrying The Black Standard could be arrested.

It is also banned from public demonstration in the Netherlands

The use of the image the flag for non-educational purposes is forbidden in Germany.

The unfolding situation follows a series of dramatic counterterrorism raids across Sydney in September this year in which 15 people were detained. Omarjan Azari, 22, was arrested and accused of conspiring with Mohammed Ali Baryalei, the most senior Australian involved in Islamic State.

It’s understood there were plans to grab a random person off the street in Martin Place and execute them while posting a video to social media. The ABC also reported at the time Brisbane based suspects had bought machetes, balaclavas and military fatigues

Commonwealth prosecutor Michael Allnutt said at the time the act was designed to shock and terrify. “I don’t think I’ve seen much worse,” he said.

“It’s been an immediate reaction to a clear, imperative danger. There is still an enormous amount of material for police to assess.” 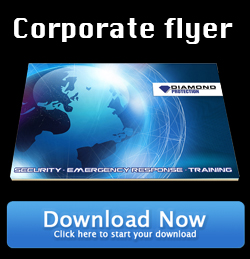